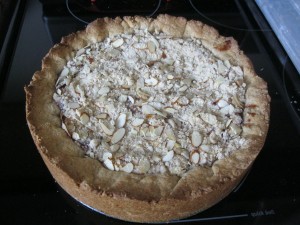 Okay so the other day I might have said how the White Chocolate Brownies were my favorite. Let me clarify that statement by adding…SO FAR! They were my favorite up until that point, but I think I may have found a replacement. The Raspberry Coffee Cake is SO great! It’s actually more like a jiggly cheese cake rather than a coffee cake. I really liked this recipe, the only thing I would change next time I make it, (and this will definitely be one that I make again) is I would decrease the amount of crust it calls for and double my raspberry filling. Now let’s get going. 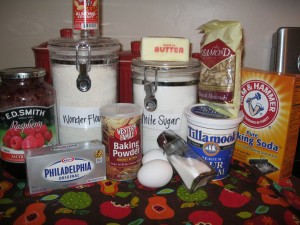 Combine your Wonderflour and sugar and then cut in your butter. 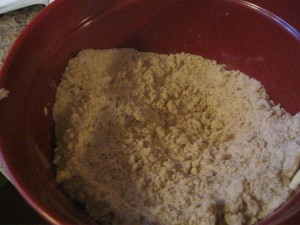 Set a cup of the mixture aside to use later in the process. 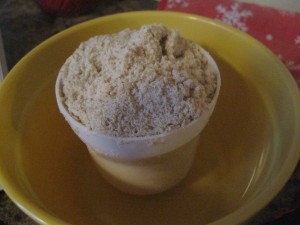 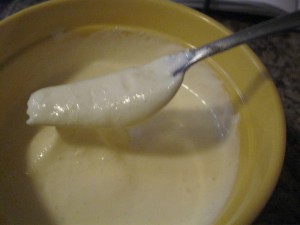 Add your egg mixture to the Wonderflour mixture 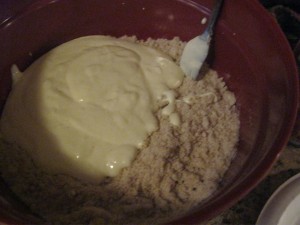 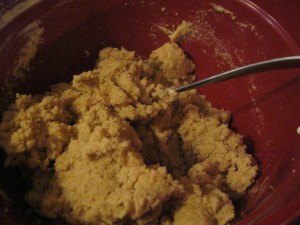 After mixing all that together press it into your greased spring form pan on the bottom and at least two inches up the sides. 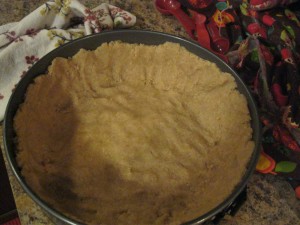 Beat your cream cheese, sugar, and egg until very smooth and spread it over your crust. Then spoon your preserves over the top of the cream cheese mixture. Just as a side note, I also doubled the jam that I spooned over the top. 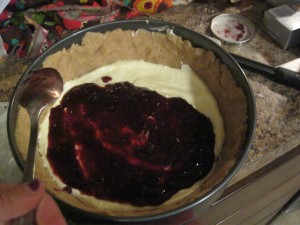 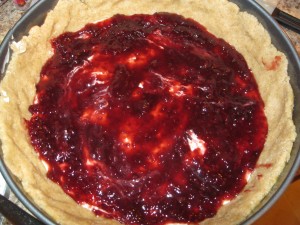 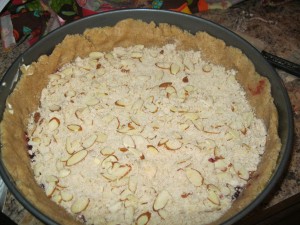 Bake for 45-50 minutes then remove and let cool before popping the pan. 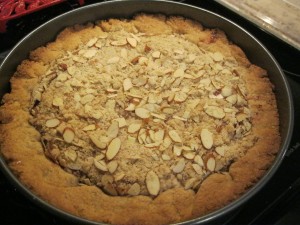 Gobble this up fast because if you don’t, your family and friends will for sure!!!