Okay I was really excited to make these doughnuts. I had a hard time twisting them the way that Chef Brad describes in the book, so I just made my own up! It was probably because I had just woke up and wanted to surprise my husband with breakfast. While it was a surprise, I have to admit it was not a very good one…in fact he only ate one bite and then threw the rest away! It’s not that it was a bad recipe, but it really doesn’t taste like a doughnut. It’s almost more like a bread dough. It wasn’t fluffy like glazed or frosted doughnuts, yet it wasn’t like a cake doughnut either! It was just a wheat dough tossed in the fryer and sprinkled in powdered sugar. To be completely honest, I wouldn’t make these again. BUT he has other doughnut recipes in his book, so no crying yet because I have all of those to try!

Round up your ingredients 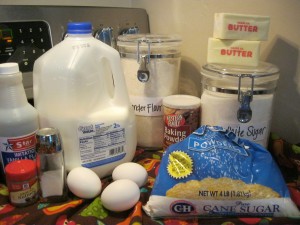 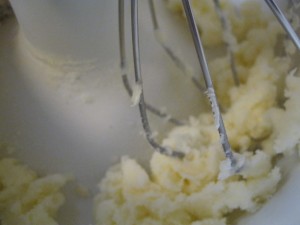 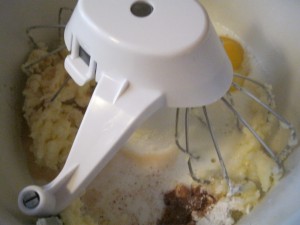 Slowly add in the Wonderflour and knead it until it pulls away from the side of the bowl. 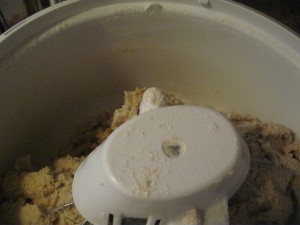 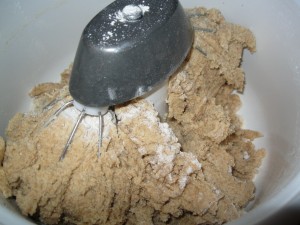 Turn the dough out, wrap it up, and let it rest in the fridge over night. The next morning cut it into pieces and then roll out. Twist in whatever manner you feel like! 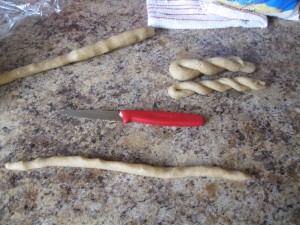 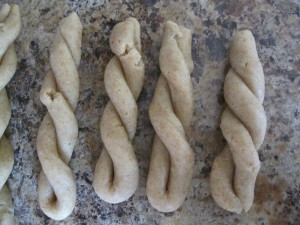 Heat up your fryer and drop them in. 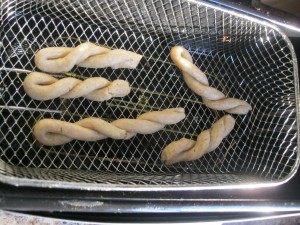 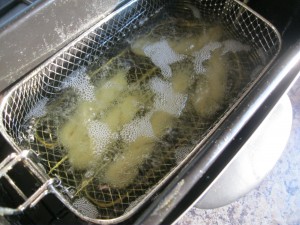 Remove them when they turn golden and let the oil drain off. 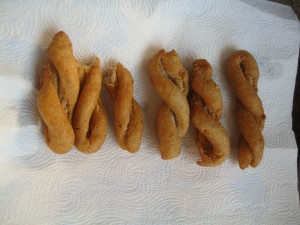 Roll in powdered sugar and eat! 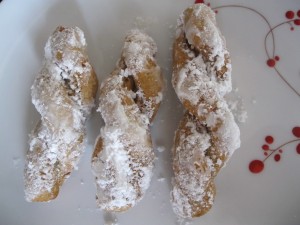 Like I said I would not make them again, but hey try everything once I say!