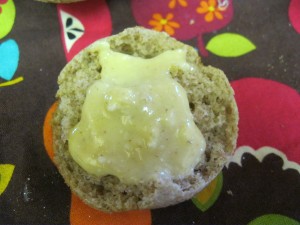 I have always wanted to say that I have made butter! There is just something about my imagination that pictures me on a wraparound porch of some southern farm in the morning light churning the butter in the wooden butter churner and producing glorious butter! So my hopes finally came true because I made butter. Okay so I may have told a little white lie…I didn’t necessarily make the butter, more or less just flavored the butter- which surprisingly enough was very good.  It also was not on a southern wraparound porch…instead it was a kitchen in our family’s cabin. But it was in the morning, which makes it a truth sort of. None the less, I made Sweet Flax Butter. It was very good and refreshing and simple! 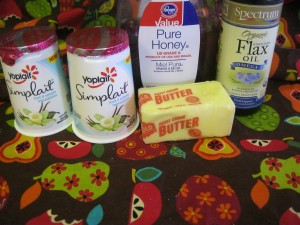 Now just whip together your ingredients 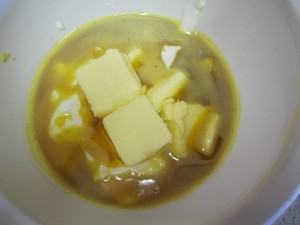 Now mine didn’t really whip as much as it did just  mix – but I have to say that chef brad’s recipe calls for ½ cup butter to a ½ cup flax oil- which tasted great. But I thought that the ratio seemed wrong if you want a whipped butter. But honestly it’s my first butter making extravaganza so I may experiment next time by using a flavored yogurt, especially if you are using his muffin mix with fruit add ins then you could do the same with your butter!

Store it in a air tight container and you’re set!

P.S. –  I slathered it on my HOT Master Muffins from yesterday! 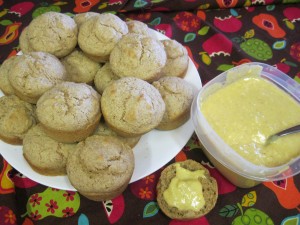