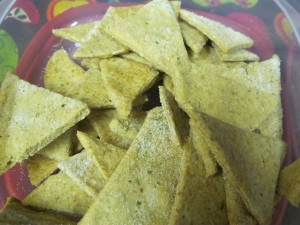 Okay so like the butter, I had another first in…drum roll please….(Don’t read ahead, do the drum roll!) CRACKER MAKING!! However, unlike my butter post ,I haven’t dreamed of making crackers since I was a little girl. In any case, it was fun and I have to wonder how the heck do they get Wheat Thins so thin? I thought I was rolling my dough out really thin! It’s not that the crackers rise or puff when cooked, but I guess I assumed that they would kind of harden and crisp up. Well they didn’t, so on my next run I’m going to flatten that dough out baby! It’s my goal! It was fun to make crackers and I also got to pick my own flavoring.

The batch makes a WHOLE TON of crackers, so I broke mine up into four different flavors to see what everyone liked best.  Also next time I make the crackers I think I will mix my seasoning into the dough rather than sprinkle it on. I found that a lot of it fell off when placing the crackers on the pan and then they baked bland. After placing them on the pan I re-seasoned them and they got pretty strong! It really probably depends on what type of seasoning you use, but you may as well try just mixing it in to the dough and then just for safe measure lightly sprinkle some more before baking.

One more perk about these crackers is that they are Multi-Grain crackers! Not only are they made with WonderFlour, but you have your choice of rolled oats or popped amaranth. (I did half of each). Also, Chef Brad says that you can use buttermilk, yogurt, cream, or sweet milk- depending what flavor of cracker you want.

Okay let’s get a move on with the Multi-Grain crackers! 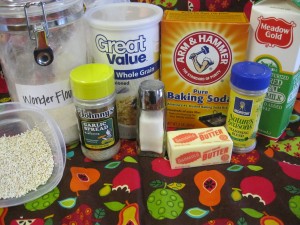 Now here is the easiest step: Put all of your ingredients into the mixing bowl and mix until it forms a ball. 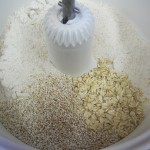 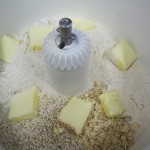 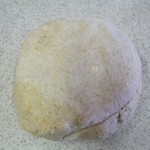 Cut into small portions and roll out to your desired size.

If you leave them just a tad thicker like a Triscuit, then they are perfect for heavy dips like hummus and salsas, and the thinner crackers are great for your creamy dips. But when you think you have rolled them thin enough go ahead a give it a few more rolls for safe measure! 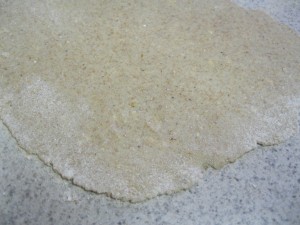 Sorry if its blurry, I was trying to show how thin I had rolled them- and I would have preferred that they be thinner.

Sprinkle on your seasoning of choice. 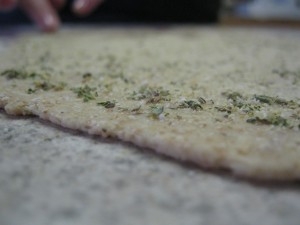 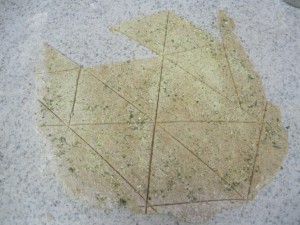 Place on your pan and bake at 275 degrees. Chef Brad doesn’t say how long to bake- just until golden brown. Mine took about 30-35 min. 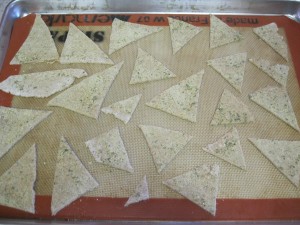 Let them cool down and then store in an air-tight container.

Here are the seasonings that I tried 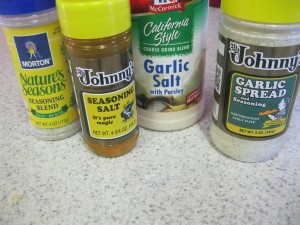 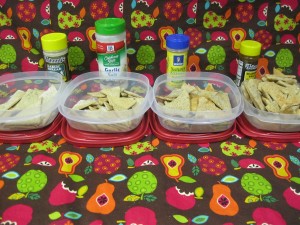 I was not a big fan of the natures seasoning- it was really peppery!

I loved the Garlic salt but be careful not to get carried away when sprinkling! Just because you can’t see the crystals very well against the dough, it doesn’t mean it isn’t coming out of the bottle…just saying! 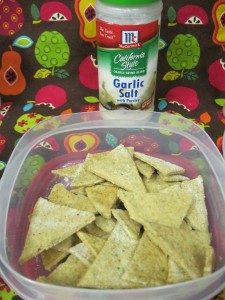 I really liked both of the Johnny’s spreads seasoning. 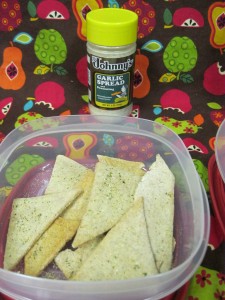 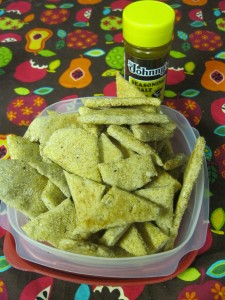 They were different and good. The garlic spread was my favorite and I think I would have enjoyed the seasoning salt better if I would have rolled my dough out thinner, but hey they still tasted good!

Here are some other flavors you can try: powdered cheese, salt, onion powder, & herbs. Chef Brad evens suggests bacon bits and says if you want BBQ then mix it into your dough. So many options to choose from! Oh and you could totally go sweet, use sugar, cinnamon or both!

Let me know what flavors you like best and would recommend!